The Coronation of Rahul Gandhi as Congress President

Today Rahul Gandhi officially appointed as Congress president in a ceremony at the party’s headquarters in New Delhi. His mother Sonia Gandhi handover him chair of President. Sonia Gandhi served at this position for 19 years.
Celebration started early at the office, where many traditions were followed by drumbeats and folk dancers from different states. Many volunteers welcomed him by hording of the party, flags and banners.
Rahul Gandhi is the sixth member of Nehru-Gandhi dynasty to helm the congress. Before him Motilal Nehru, Jawaharlal Nehru, Indira Gandhi, Rajiv Gandhi and Sonia Gandhi lead the congress.
He rendered an acceptance speech after his mother farewell speech. In farewell Sonia Gandhi expressed her gratitude to the nation and reminisce her mother-in-law Indira Gandhi in emotional way.
In his acceptance speech Rahul took jibe on PM Modi and said “Congress took India to 21st century , but the PM Modi is taking back us to medieval times.”
“I promise to make the Congress a grand old-and young party” he told workers, switching between English and Hindi, text and extempore. 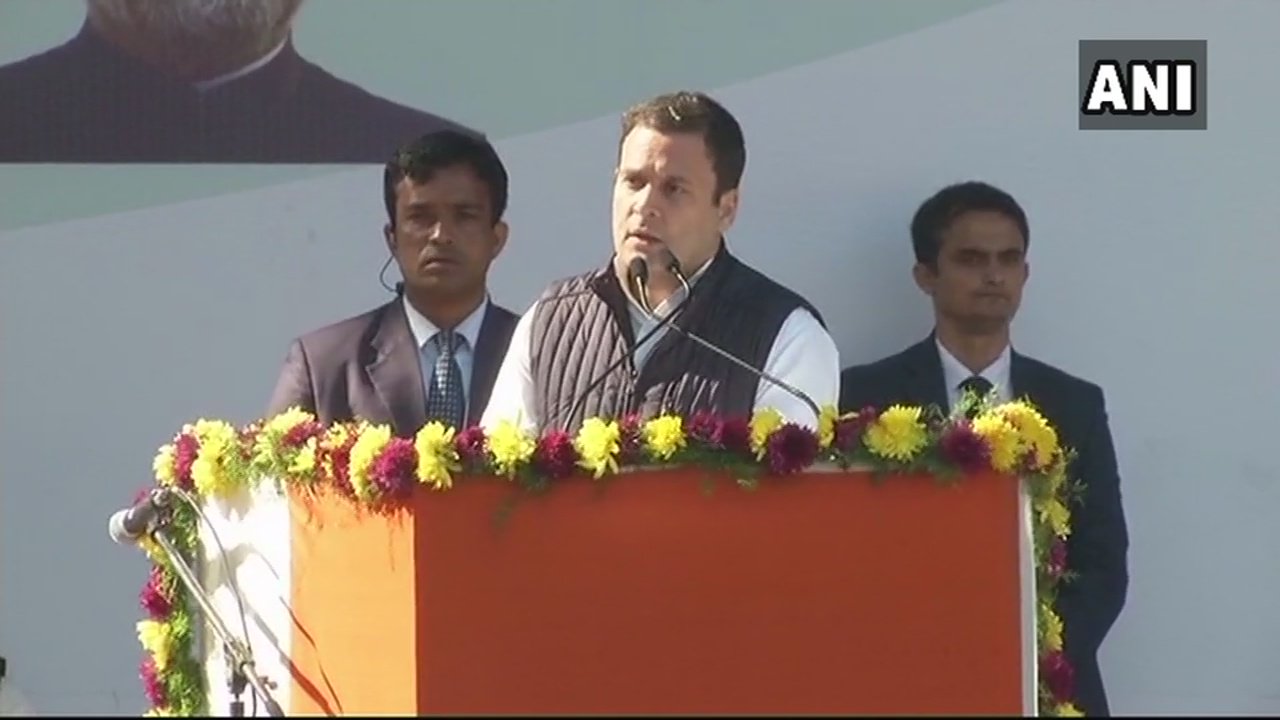 What did he say in his speech?